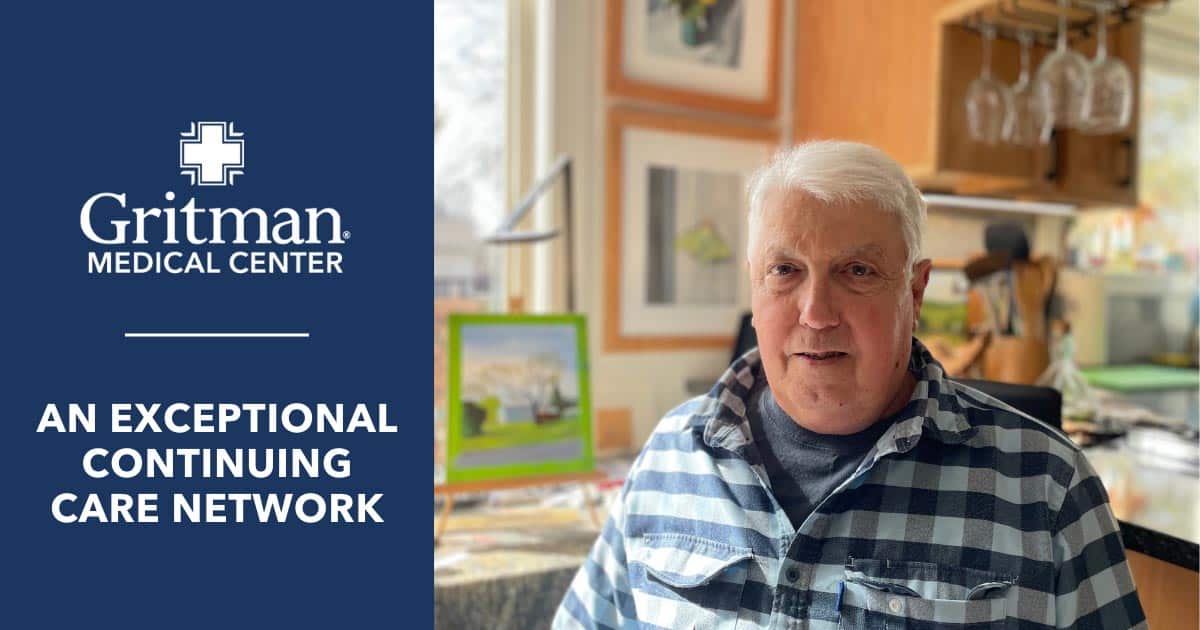 Jay Weisenstein is grateful to be home again in Moscow. And he credits care teams throughout Gritman Medical Center for making that possible.

Nearly a year after undergoing a double-lung transplant in Arizona, Weisenstein averages about five days of treatment in Moscow each week as a part of his follow-up care–blood draws, X-Rays, wound care surgeries, physical therapy–all provided by compassionate and tight-knit teams throughout the Gritman hospital and clinic system.

“I can’t say enough about it,” he said. “I’m really happy with the staff and the people I’ve met, they walk in the door, and they say ‘Hey, Jay, how are you doing?’ It’s a friendly place to be.”

A decade of health decline complicated by chronic obstructive pulmonary disorder (COPD) and recovery from lymphoma led Weisenstein to seek out transplant surgery ahead of his 70th birthday in 2021. His health had deteriorated to the point where walks across his kitchen were nearly impossible without a break to catch his breath.

Jay Weisenstein is eager to talk about his procedure with others who may be going through the transplant process. If you are interested in talking with Weisenstein about his transplant experience, fill out the form at gritman.org/contact and select “Community Relations” from the drop-down menu.

The Moscow resident moved to Arizona last year so could be placed on the lung transplant list and live near specialty surgeons with St. Joseph’s Hospital and Medical Center of Phoenix. He moved up the list quickly, getting approved for a transplant in just a few weeks.

The recovery has been more difficult. Weisenstein’s surgery lasted four days, extended because of complications removing the original organs. Additional difficulties with the surgery meant it would be another 73 days before his health would improve to the point where he could be released to his sister–who also made the move to Phoenix to act as his caregiver.

Complications following a double lung transplant are not uncommon–blood flow to the organs during the transplant restricts needed pressure from other parts of the body, creating other issues that require consistent follow-up care.

Even with all the complications, his sister quickly convinced Weisenstein’s lung care doctors that Gritman would be ideal for her brother’s follow-up care and treatment.

Blood draws on Weisenstein are completed weekly, and X-Rays to check his lungs are performed monthly, with all results sent to his lung care team in Phoenix.

“I can go in there any time I want during the week and get the blood draws done. They’re incredibly helpful, never a long line, in and out quickly,” he said.

Weisenstein required daily kidney infusions upon his initial release from the hospital. He’s undergone about a dozen surgeries on his toes to repair tissue damaged because of a lack of blood-flow during the surgery. Respiratory therapist treatments, cardiac rehab and physical therapy continuously allow Weisenstein to properly use his new lungs.

“Nurses and technicians are so friendly and professional. It makes it really nice, they know my name, they know my situation, I know their name,” he said. “That’s one of the advantages of a hospital like Gritman.” 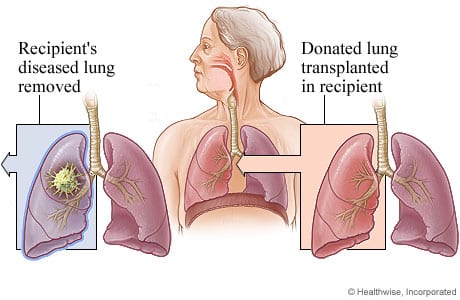 For a lung transplant, the recipient’s diseased lung is removed and replaced with the donated lung.

The well-rounded, comprehensive care has helped Weisenstein stay in his Moscow home and schedule virtual visits with the Phoenix transplant doctors. Infusion Services staff even showed up on Christmas Day so he could get his required infusion.

Moscow houses Weisenstein’s support system. His sister, who served as his caregiver in Phoenix, lives down the road. His mother is next door. And his Gritman Family is right across town, tending to the many care questions that come up.

Now, nearly a year after the transplant, Weisenstein can take on tasks that he hasn’t been able to for decades. He paints on canvas, in oil and watercolor, and he is eager to get out to Spring Creek Reservoir and other area watering holes to cast a line.

Pictured at Top: Moscow’s Jay Weisenstein is grateful to the many comprehensive care teams at Gritman Medical Center who have helped him recover in the year since a double lung transplant. 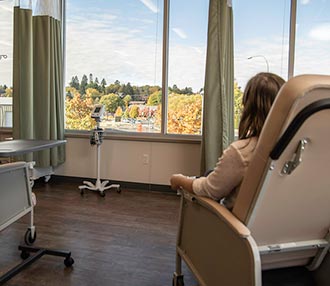 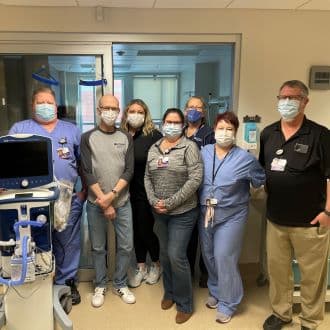 Respiratory Therapy
Monthly pulmonary function tests and a specialty pentamidine treatment are administered by Respiratory Therapist Kara Kimmel. Gritman is the only hospital in the region able to provide the treatment.
Learn More 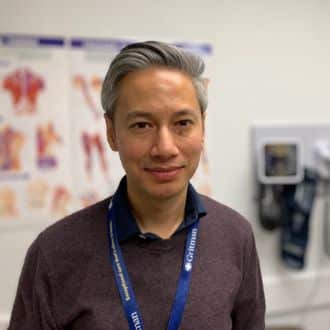 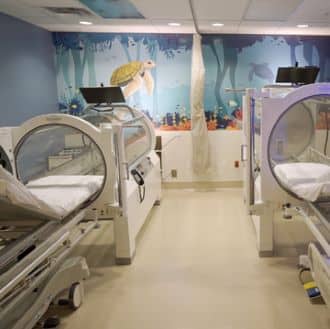 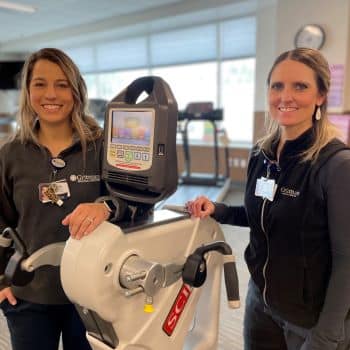 Cardiac Rehab
The team of Kristi and Allyssa work with Weisenstein on exercises to improve energy and power in his lungs. “My breathing’s amazing....They test my oxygen and it’s 98 or 99 percent.”
Learn More 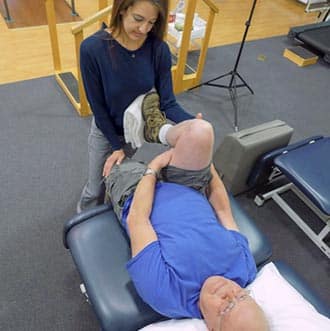 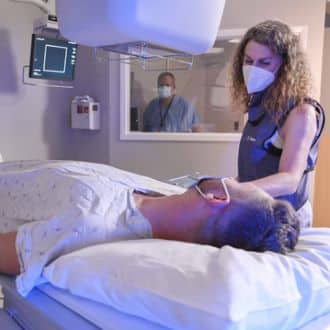 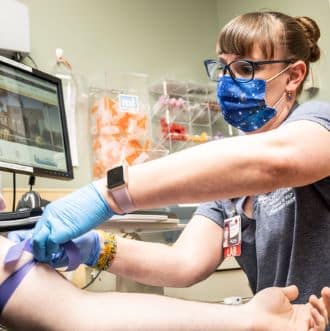 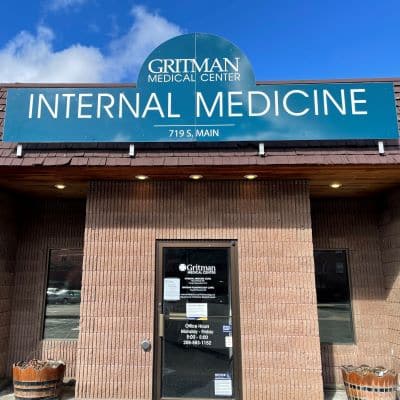